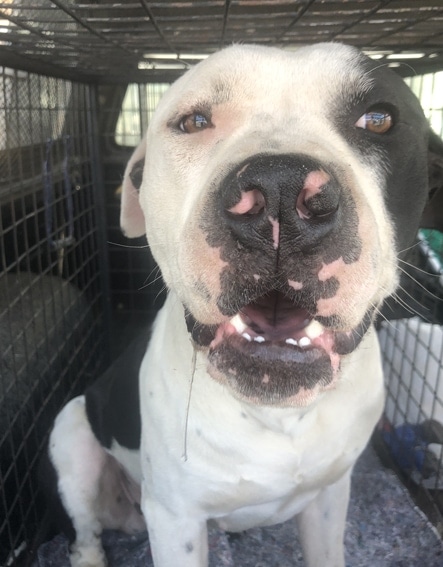 If you’re one of the kind souls who showed their support for Scotty through a donation, thank you! The good news is, Scotty was adopted by a loving family and now lives happily in Tshwane.

Can’t recall the story? Scotty was just eight months old when he was repeatedly beaten by his previous owner. Thankfully, the Sandton SPCA was alerted and Scotty was immediately rescued. Our loyal supporters rallied to help Scotty through the months he had to spend in our kennels, waiting for the outcome of the court case against his owner.

When the case was eventually heard, Scotty’s previous owner was found guilty of contravening the Animals Protection Act and sentenced to a fine of R9,000 or three months in jail. He was also banned from owning a pet for five years.