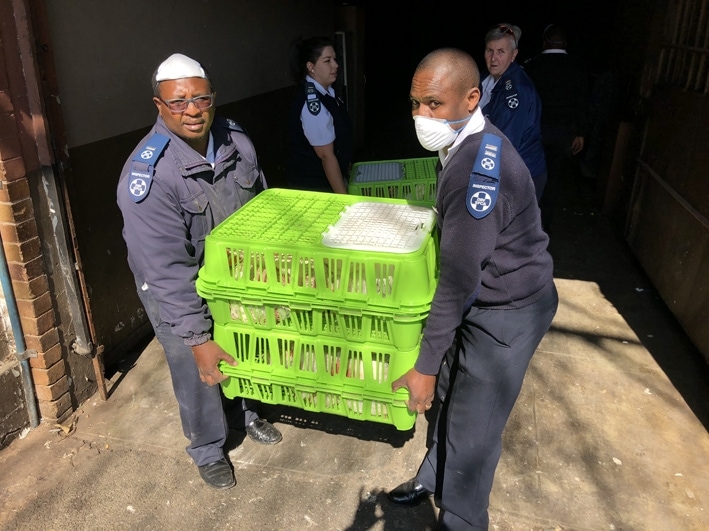 The image of chickens roaming free in the fresh air and pecking in the dirt . . . able to stretch their wings in the sunshine . . . nothing could be further from what we found in the basement of a building.

It was a sad, stench-filled day when SPCAs joined forces to rescue hundreds of chickens from a basement in Yeoville, where the birds were kept in horrendously overcrowded conditions. They had no access to food or water and many suffered from old injuries and broken wings.

As if that wasn’t bad enough, they were destined to be slaughtered inhumanely, too – with steak knives – before being packaged and sold to unsuspecting consumers. Blood on the floor and rats were part of the production line.

In this illegal abattoir, the sharp stench of ammonia was overwhelming, with SPCA staff battling to breathe. Removing hundreds of chickens from these inhumane conditions was a major task, and the Sandton SPCA was grateful for the help of Edenvale SPCA, Johannesburg SPCA, SPCA Midrand and the SPCA Roodepoort Krugersdorp.

Although the SPCA has pressed charges against those responsible, it was too late for many of the birds, who had to be euthanised to prevent further suffering.