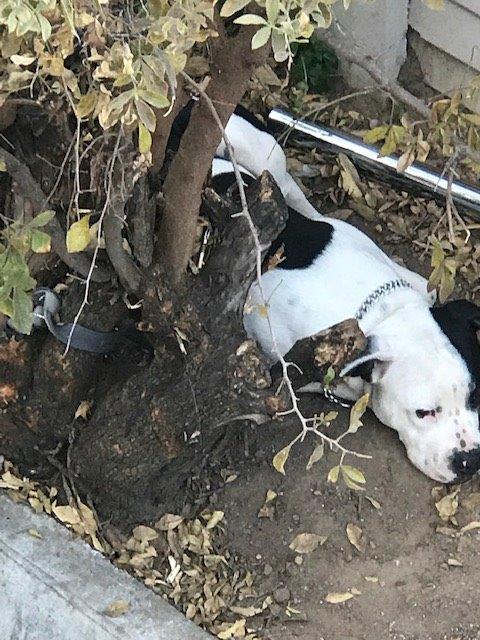 Would you beat your dog if you caught him chewing your slippers? Would you do it repeatedly? Would you chain up your dog, without food and water – or adequate shelter?

That’s what one man did – until his neighbour sounded the alarm and called the Sandton SPCA. She had never had proof that abuse was occurring – until the day she looked over the wall and saw the dog being beaten. She filmed the incident on her cell phone and ensured that the footage reached our Inspectors, who obtained permission to enter the property. The dog was confiscated and the man was arrested immediately. Animal abuse is a crime, after all!

Charges were laid under the Animals Protection Act and after being held, the man was released on R1000 bail. Although the case was postponed a couple of times, the matter was eventually heard and the man was convicted and fined R9 000 – or three months’ imprisonment – but the sentence was suspended for five years.

Further to this, he was declared unfit to own or to have any animals under his control or supervision for five years – and in addition to the conviction, that’s a win! Happily, the dog found a loving new home.