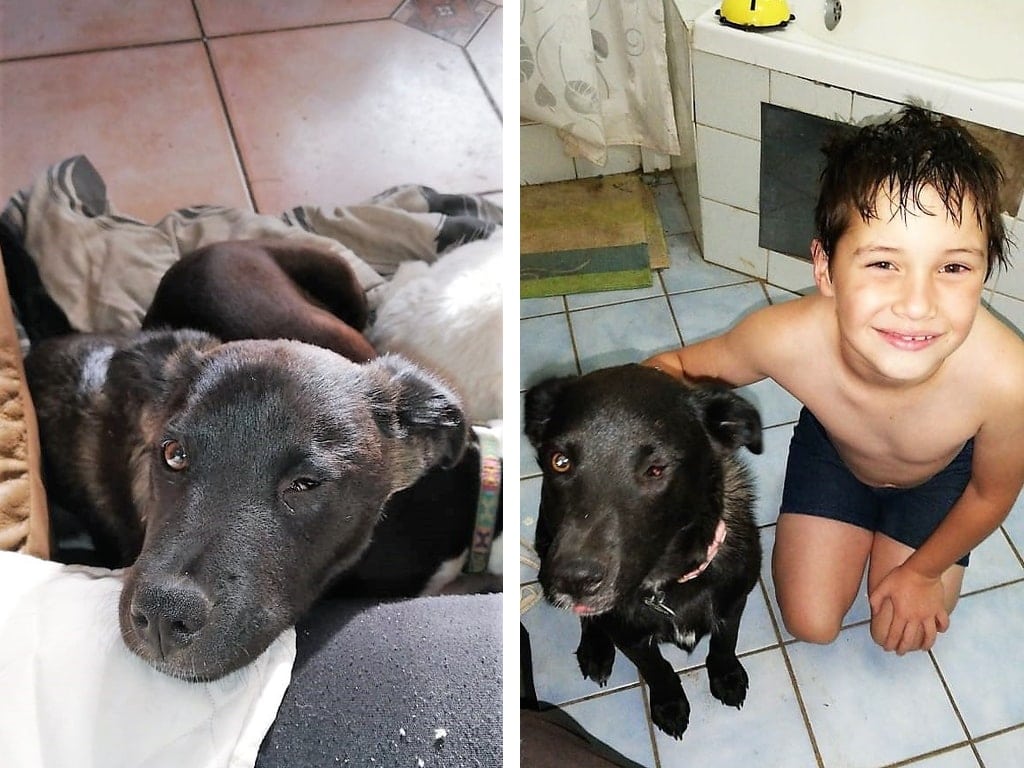 Rewind to June 2018 when a litter of precious Lab x pups was surrendered into our care. In amongst these adorable balls of fluff was a timid and scrawny wee lass – the runt of the litter whom we named Shelby. The pups flourished in our care, and one by one left for their loving forever homes – that is, all but tiny Shelby.

Our staff noticed that one of Shelby’s eyes had an odd appearance, and on examination by our veterinarian, she was diagnosed with Microphthalmia, a congenital disorder in which one or both eyes are abnormally small, and vision is limited. The diagnosis came as a shock – now, not only did Shelby have to contend with the stigma associated with being the runt of the litter, but her ‘special needs’ status would add to the adoption odds stacked against her.

Determined to give her a chance at finding her happily ever after, we did everything within our power to find Shelby the blessings she so richly deserved. Enter Barbara Ferguson and her son, Connor, two earth angels in search of a 4-legged life to bless.

The Ferguson family are drawn to animals who are otherwise overlooked – the old, the infirm, the disabled, the emotionally withdrawn and those who have been abused or neglected. It was no surprise then when spotting Shelby’s diminutive form in the kennel, they were instantly stopped in their tracks. They lost their hearts to Shelby that day and this tenacious spirit has been the keeper of them ever since.

Barbara tells us Shelby is an absolute joy and they couldn’t imagine life without their charismatic pup. She is highly qualified in all thing’s puppy – digging, chewing, playing for hours on end and getting up to general mischief. Shelby is also helpful around the house, “when I go out, my washing comes in from off the line courtesy of Miss Shelby.” says Barbara. “Shelby is one alert and super intelligent dog. In her time with us, she has learnt to sit, give paw, high-five, and my son’s personal favourite, give hugs.” Shelby and Connor have formed a special bond and at night you’ll find a boy and his dog snuggled up together in bed.

Barbara encourages people to take the time to meet the ‘invisible’ shelter animals and has this to say: “The animals with special needs – be they emotional or physical – are the ones who give the most love. They know you have rescued and given them a second chance, and for this they will repay you tenfold, with unconditional love.”